Demographics are not enough

Marketing departments love making use of demographic segmentation. It’s easy enough to find statistics from reputable sources that can divide any group of people into easily understood sectors. Want to appeal to men? That’s easily achievable. Want to appeal to men above a certain age? Or to men who are unmarried? That’s straightforward too.

But there are many pitfalls to this approach. Prince Charles and rock singer Ozzy Osbourne are both twice-married, white, British born in 1948, and both live in considerable wealth. Yet any marketer treating them as having the same interests would be regarded as somewhat eccentric, to say the least.

Or, to consider an example from a different generation, look and contrast Greta Thunberg and YouTuber JoJo Siwa, famed for her love of glitter. Two women who are exactly the same age, both have a considerable social media presence, and both have been named in Time’s 100 most influential people in the world. Yet, there would be many thousands of people who know Thunberg’s thoughts and opinions but have never heard of Siwa … and vice versa, of course. You may find that Greta, in fact, has more in common with Prince Charles.

It shows how easy it is for crude segmentation to be misleading. Perhaps the most glaring example of how demographics can deliver unsatisfactory results is to consider two 24-year-old men who both live in the same district of London, work at similar jobs and whose main interest is football … but one supports Arsenal, the other one, Spurs. A sportswear company promoting special offers on Tottenham kits will get very different responses from the two men, possibly brand-damaging in the eyes of the Arsenal supporter.

It’s an example that shows how relying solely on demographics is misleading. To produce a more realistic representation of individuals and how they respond to different messages, it’s more appropriate to turn to some more sophisticated methodology.  People are more complex than age, gender, and occupation: they have a range of interests, likes and dislikes and a whole range of personality traits. Assessing them in such crude terms is not going to produce effective, long-term results.

Consequently, if an organisation can discern different personality types, then it would be possible to deliver more tailored approaches to delivering messages. This could be anything from marketing messages, the type of incentives being offered or the way that information is delivered. 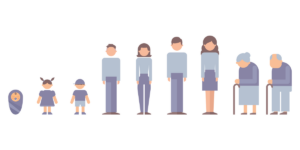 What it boils down to is establishing a degree of self-awareness. In Hamlet, Polonius’s advice to his son includes the crucial line: “This above all: to thine own self be true”. Once a business can appreciate an individual’s true personality and motivations, it’s better placed to serve them.

It remains as true today as it did in Shakespeare’s time, but the difficulty is that many people don’t really understand the inner workings of their own personalities. In fact, some actively try to mislead themselves. How many people succumb to pressure from peers or family to do something that they don’t want to do?

Look at the concept of the guilty pleasure. It seems bizarre that something people like could be considered shameful or embarrassing in some way, but there’s little doubt that there are some performers who are admired in secret because they’re deemed to be less hip. And there are certain foods that are appreciated greatly – but only in secret.

So, when companies want to build a brand and sell that brand, it’s important not to focus only on which demographic that they think customers might fall into, but to try and appreciate the more subtle nuances that make up personalities and preferences. It’s this type of information that can better inform the way that a brand then communicates with its target market.

Once a company gains that understanding, it can design platforms better; it can incentivise better, and it can market itself more effectively. This is not to say that one approach will serve them all, but that individual experiences can be tailored within a platform to make every experience and interaction more personalised.

This is the really hard part. It’s not easy finding how to appeal to groups of people who seemingly have nothing in common – that’s maybe because too many businesses go for the obvious approach. But what if that common ground is not being male or being of the same ethnic group or of a similar age. There could be a wide diversity of backgrounds but it’s about knowing customers better, knowing their likes and tastes and building on that.

If you want to find out how to cater to all personality preferences across your digital estate then get in touch with us today.

Just D2C it: How Nike is leading the way with its digital strategy 

How apps have led the way to a digital future

Don’t just sit on your App: Why financial services companies need constant innovation to keep up with consumers

We create, build and deliver custom solutions quickly and cost effectively. With rapid prototyping our proven approach ensures you see what your buying before we build.

With so many businesses now placing mobile & web apps at the heart of their digital delivery we are looking to collaborate with partners.